In its 1998 Annual Report, the Commission highlighted the importance and ethical dimension of the work carried out by individuals and organizations dedicated to promoting, monitoring, and providing counsel in the area of human rights. In that report, the Commission recommended that the OAS Member States take all necessary measures to protect the physical integrity of human rights defenders and to ensure they can work under appropriate conditions (1998 Annual Report, Chapter VII, Recommendation 4). After these recommendations were presented to the Member States, the OAS General Assembly adopted Resolution 1671, entitled "Human Rights Defenders in the Americas: Support for the Individuals, Groups, and Organizations of Civil Society Working to Promote and Protect Human Rights in the Americas." In that resolution, adopted June 7, 1999, the General Assembly instructed the Permanent Council, in coordination with the Inter-American Commission, to continue studying the issue of human rights defenders in the region. In 2001, the General Assembly requested that the Commission consider preparing a study in this area (AG/RES.1818).

In December 2001, taking into account the General Assembly's request, as well as civil society's interest in having a focal point at the Inter-American Commission that would closely follow the issue of human rights defenders, the Executive Secretariat decided to establish a Unit for Human Rights Defenders. Its role would be to coordinate the Executive Secretariat's activities in this area and, in particular, to follow the situation of human rights defenders throughout the region.

During its 141st session, held in March 2011, the IACHR decided to create an Office of the Rapporteur on the Situation of Human Rights Defenders, in view of the petitions it has received and in the interest of giving greater visibility to the important role human rights defenders and justice operators have in building a democratic society in which the rule of law is in full effect. As a result, the Unit has now been turned into the Office of the Rapporteur. 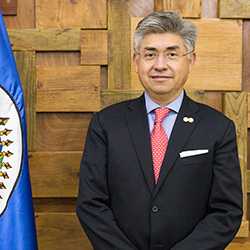