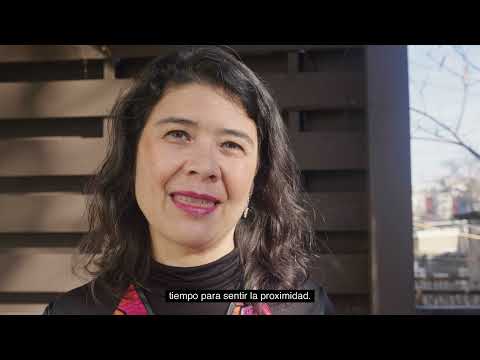 Washington, D.C. – The Inter-American Commission on Human Rights (IACHR) held its 182nd Period of Sessions—combining remote and in-person sessions—over the period December 6–17, 2021. A total of 16 public hearings were held, on regional human rights issues and issues concerning the States of Argentina, Bolivia, Brazil, Chile, Colombia, Cuba, Guatemala, Haiti, Mexico, Nicaragua, Panama, Peru, and the United States. The IACHR also met with representatives of States and civil society organizations from around the Americas.

"After two years of virtual sessions, we had the opportunity to hold a hybrid period of sessions and have a portion of our meetings in person, taking all necessary health-related measures. I would like to highlight the moving meeting we held with Colombian journalist Jineth Bedoya, where we were able to pay tribute to her struggle for justice, which has lasted over 20 years. I would also like to note our meeting with States to discuss the situation of human rights in the region and the IACHR mandate. And I would like to commend the 2021 Board of Directors, the first all-women board in IACHR history, considering the challenges we have faced this year," said Commission President Antonia Urrejola.

The 16 public hearings held during this period of sessions included three regional hearings on the situation of the right to food of children and adolescents; the responsibility of economic agents in memory, truth, and justice processes; and access to justice for LGBTI persons in violent contexts. An ex-officio hearing was held concerning progress and challenges in the implementation of the Extraordinary Forensic Identification Mechanism (MEIF) in Mexico.

During this period of sessions, four meetings were held with representatives of missions before the Organization of American States (OAS) from four regional groups: South America and Mexico; the Caribbean; the United States and Canada; and Central America. These regional meetings provide a platform for dialogue on the IACHR's mandate and on the situation of human rights in the Americas. The IACHR further held an open meeting with civil society organizations to gather information about the situation of human rights in the Americas, with the participation of more than 50 representatives of organizations from around the region.

On International Human Rights Day, December 10 —during the 182nd Period of Sessions— the IACHR met with journalist Jineth Bedoya. Commissioners recognized Bedoya's fight for justice and the historic decision made by the Inter-American System to establish State responsibility for sexual violence crimes committed against her. This is a landmark decision to ensure non-recurrence of these events and of all violence against women journalists in Colombia.

The Commission also supervised, over 9 working meetings, the implementation of precautionary measures in force concerning the States of Argentina, Brazil, Chile, Colombia, Haiti, Mexico, Peru, and the United States. The IACHR held a further working meeting to follow up on the recommendations made to the United States and on the impact of these recommendations, as well as a meeting to discuss a specific case with the State of Argentina. The IACHR values the presence of State authorities during these meetings and notes that, through concerted efforts, these platforms allow the parties to get closer to each other and to address the risks faced by beneficiaries, as well as making progress on various ongoing processes to negotiate and implement agreements. However, the Commission is sorry about Nicaragua's absence.

The IACHR considered seven merits reports, on issues that are iconic for the Americas and matters concerning public order in the region.

The Inter-American Commission thanks States and civil society organizations for the efforts they made to take part in the 182nd Period of Sessions and to contribute to ensuring progress in the defense and promotion of human rights in the Americas. The IACHR notes that, in keeping with Article 63 of its Rules of Procedure, States must take protection measures to ensure the safety of all the people who have taken part in a period of sessions.

Videos of these hearings are available, with subtitles in Spanish and English. This press release is being published alongside an annex with summaries of all the public hearings held during the 182nd Period of Sessions.