OAS » IACHR » Rapporteurships » Rights of Migrants » Promotion and Other Activities

Promotion and Other Activities

United States: Lecture Series: Transforming the Invisible into the Visible

On May 14, 2014, the third lecture of the series was delivered by prominent author, academic, and race theorist Tanya K. Hernandez, a Professor of Law at Fordham University, New York.

The title of Professor Hernandez's lecture was "Racial Innocence in the Americas: A U.S. - Latin American Comparison". With reference to her recent work, "Racial Subordination in Latin America: The Role of the State, Customary Law and the New Civil Rights Response", she explored, and critiqued the notion that Latin American countries have been "racially innocent", compared to the history of Jim Crow segregation of the USA.

In this regard, Professor Hernandez argued that an examination of the role of the state after the abolition of slavery in regulating race through immigration law and customary law disrupts this picture of Latin America as "racially innocent."

Professor Hernandez also offered an assessment of the ways in which contemporary Latin American anti-discrimination laws seek to eradicate the legacy of state-sponsored racism; and further offered insights as to how the examination of the Latin American context may be helpful to the U.S. racial justice movement today, given the growing denial of the existence of racism in the United States. 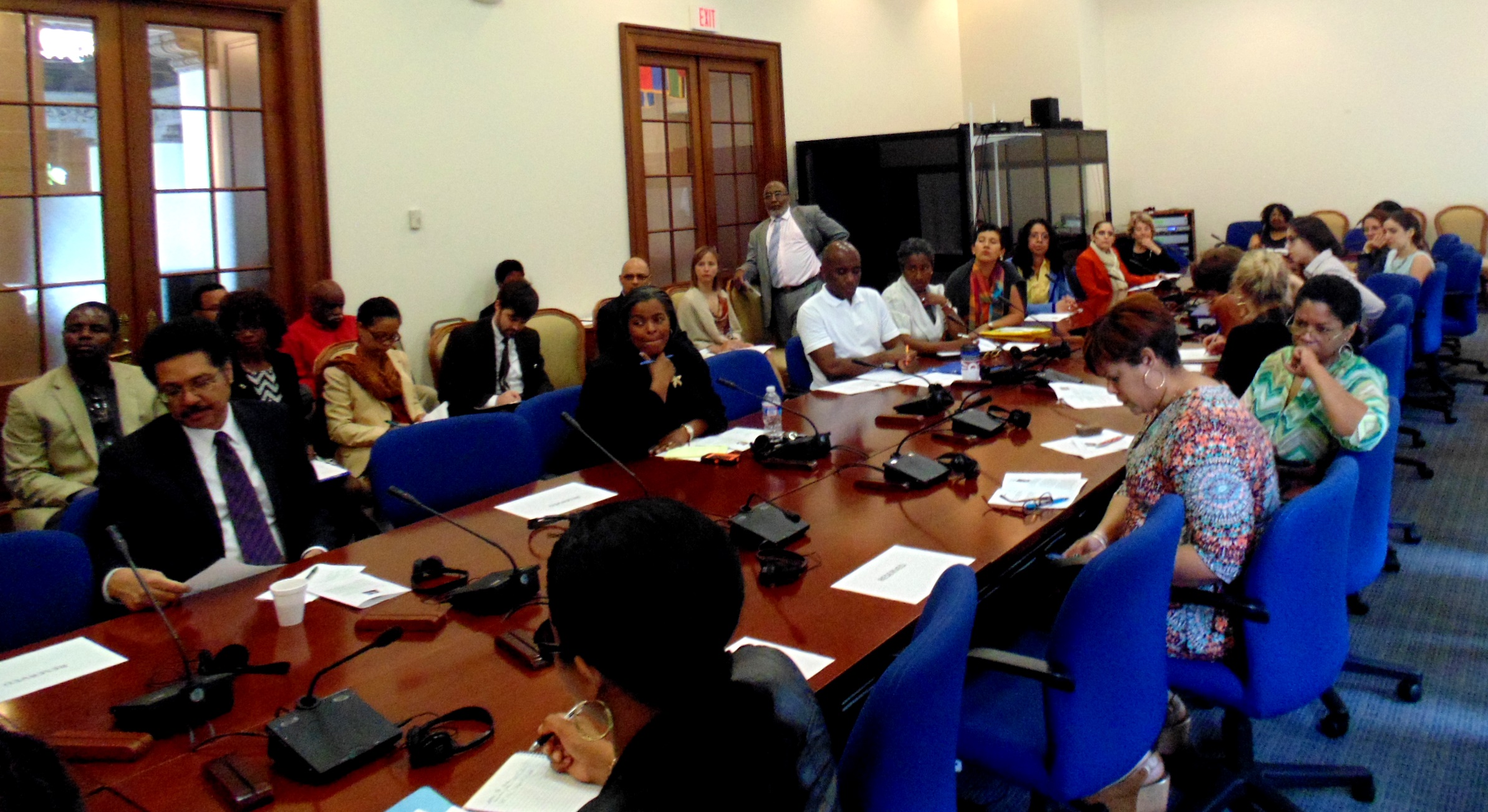 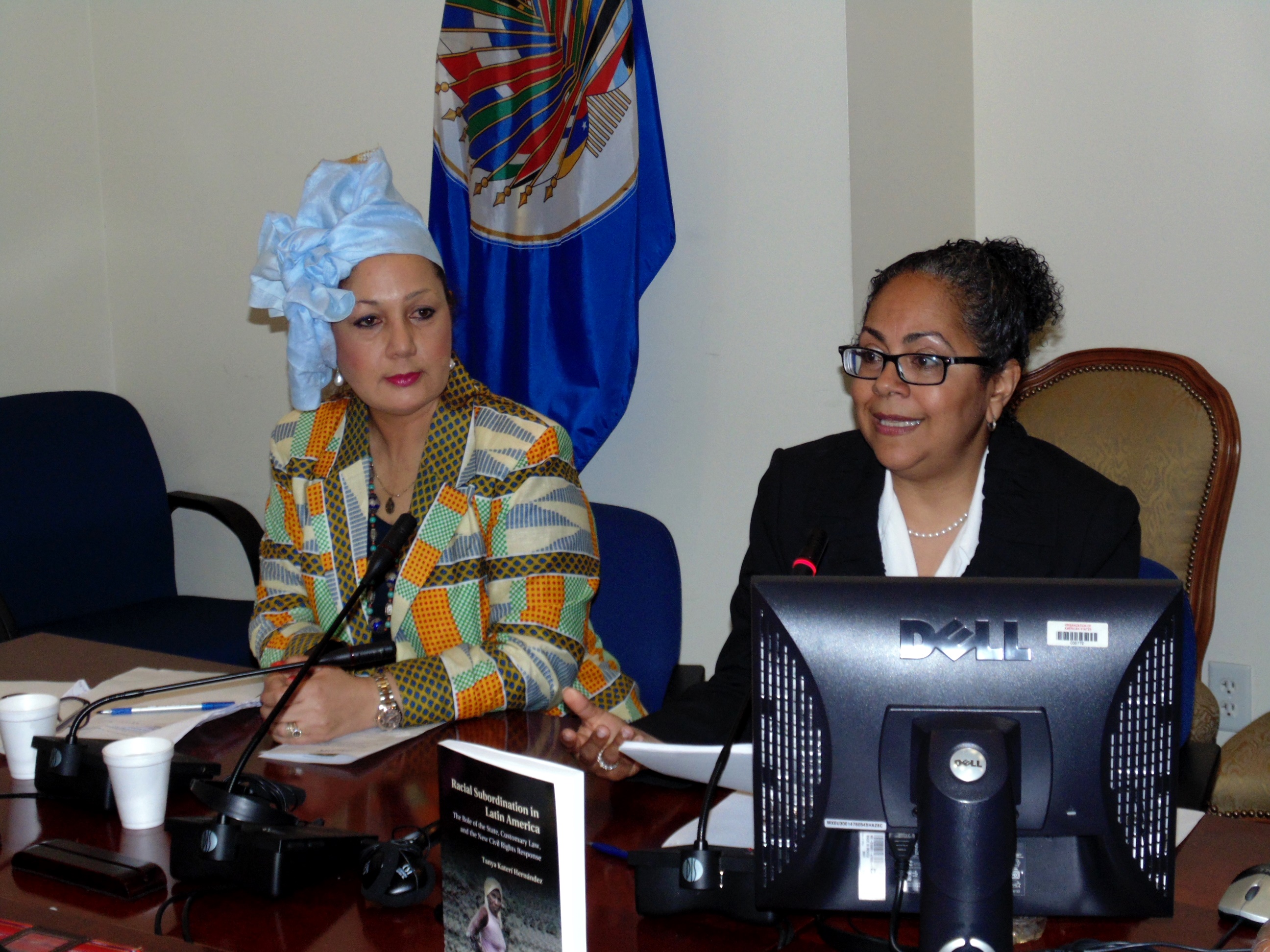 On June 20, 2013, as part of the IV International Forum on Migration and Peace that was organized by the Scalabrini International Migration Network at the New York Law School in Manhattan, New York, United States, Mr. Emilio Alvarez Icaza Longoria, Executive Secretary of the IACHR, gave ​​a presentation entitled "Human Security, Human Development and Human Rights: Trends and Challenges for International Migration Policy from the Perspective of the Inter-American Commission on Human Rights." 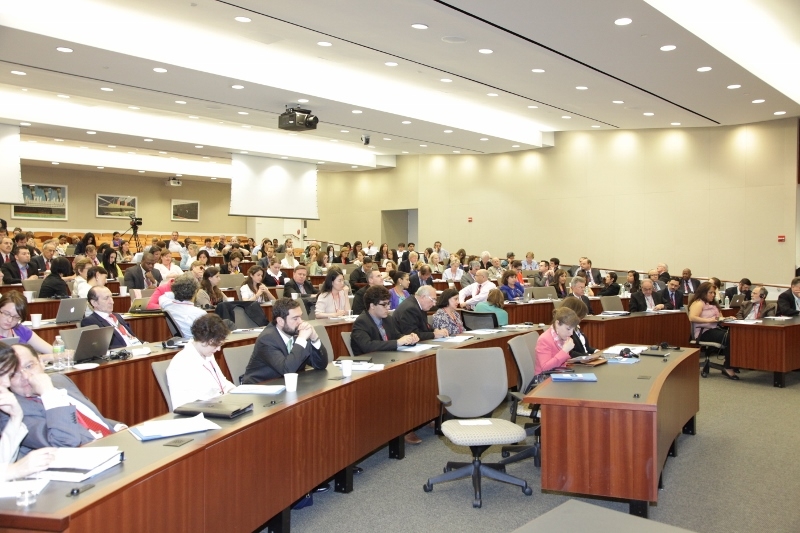 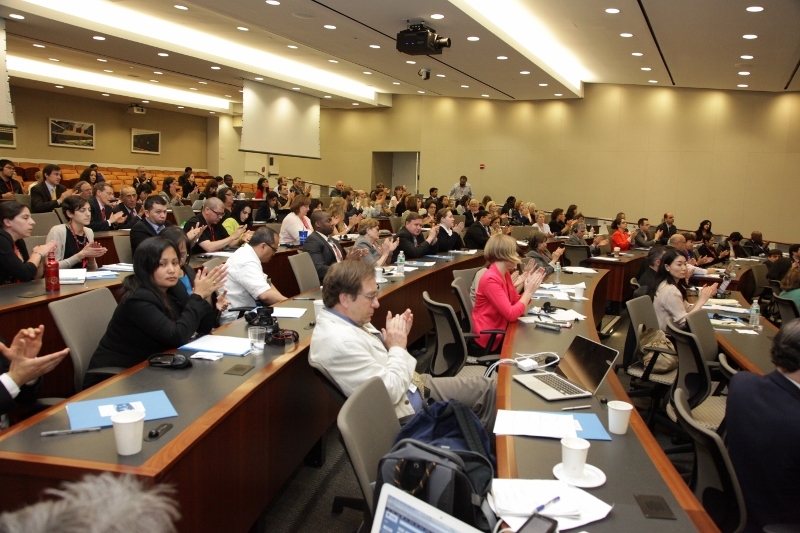 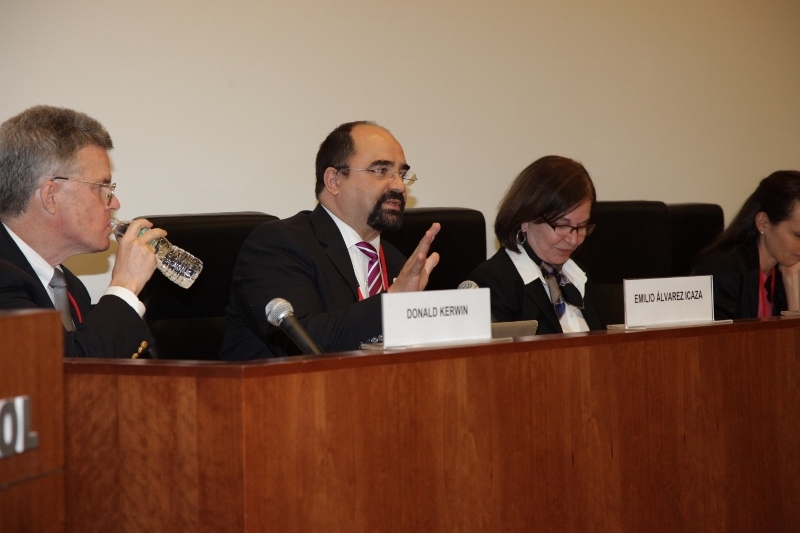 On June 13, 2013, as part of a conference titled "Academic Reflections on a Commitment to a New Model for Handling Migration in the Dominican Republic ," an attorney from the Office of the Rapporteur on the Rights of Migrants gave a presentation on international and inter-American standards on migration and human rights. The event, held at the Universidad Iberoamericana (UNIBE) in Santo Domingo, Dominican Republic, was coordinated by the Centor Bonó and the UNIBE School of Law and Center for Research and Social Studies. Participants included academics, attorneys, officials from international organizations, representatives of civil society, representatives of the state, and law students. 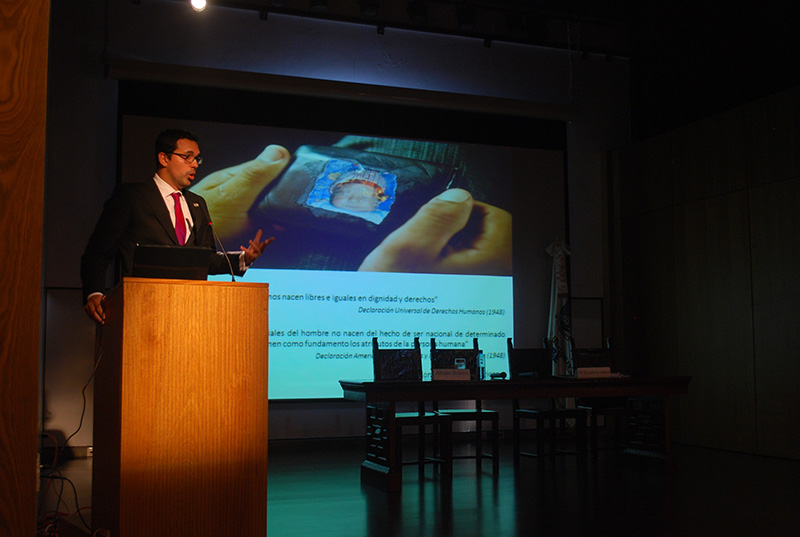 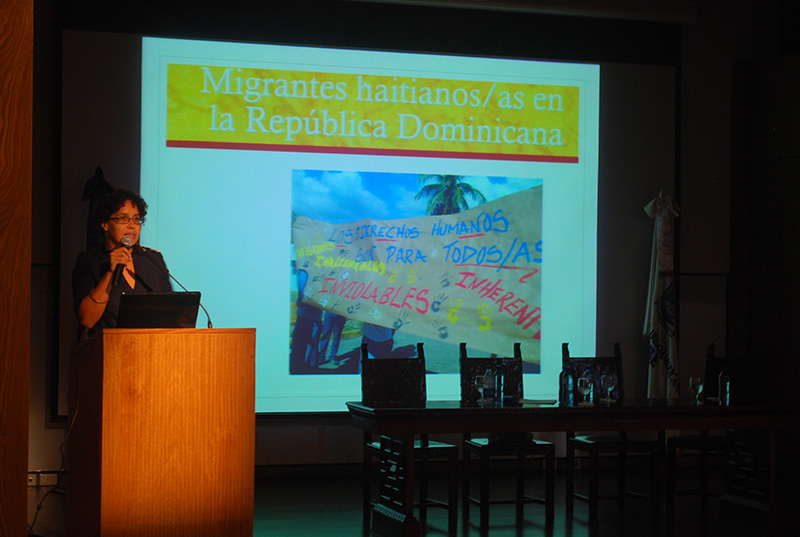 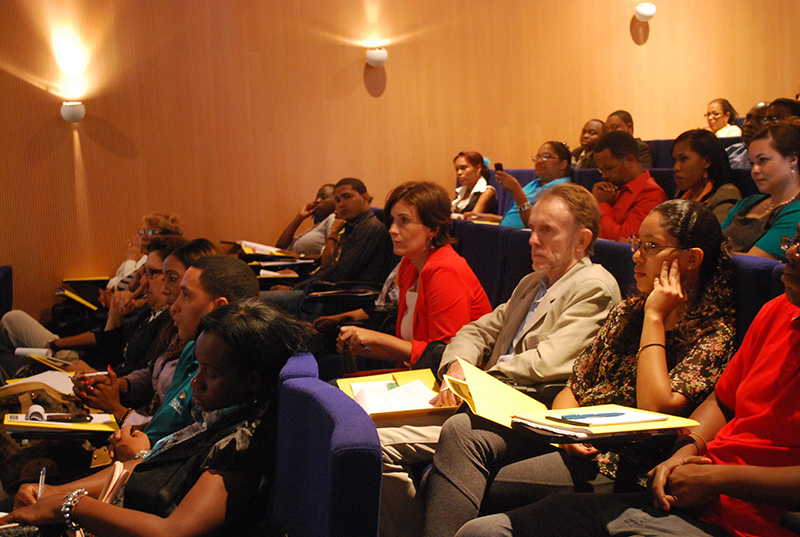 On May 28, 2013, Álvaro Botero Navarro, an attorney with the IACHR Office of the Rapporteur on the Rights of Migrants, gave a presentation in Mexico City on standards developed in the inter-American human rights system on the exceptional nature of immigrant detention in light of obligations based on personal liberty. His participation took place as part of the presentation of the report "Dignity without exception: alternatives to immigrant detention," prepared by the International Detention Coalition (IDC). The event included remarks by Sin Fronteras IAP; the Instituto para la Seguridad y la Democracia AC (INSYDE); the Women's Refugee Commission; the State of Mexico Immigration Policy Unit; and by a representative of the national legislature. 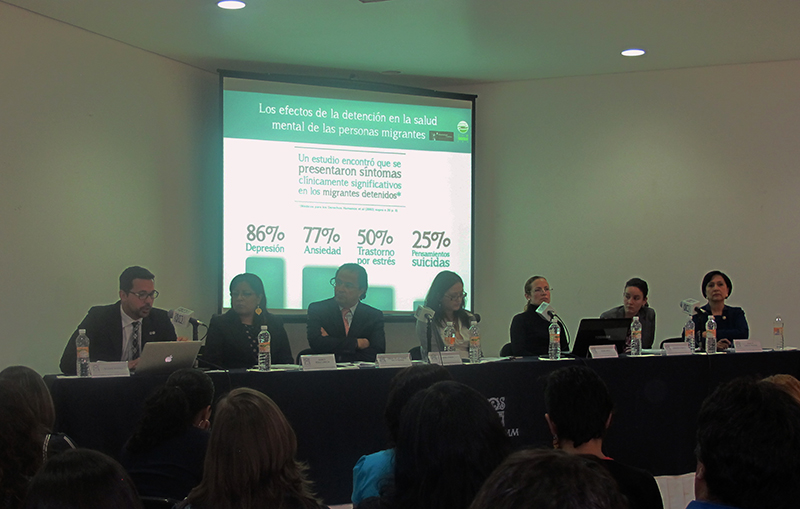 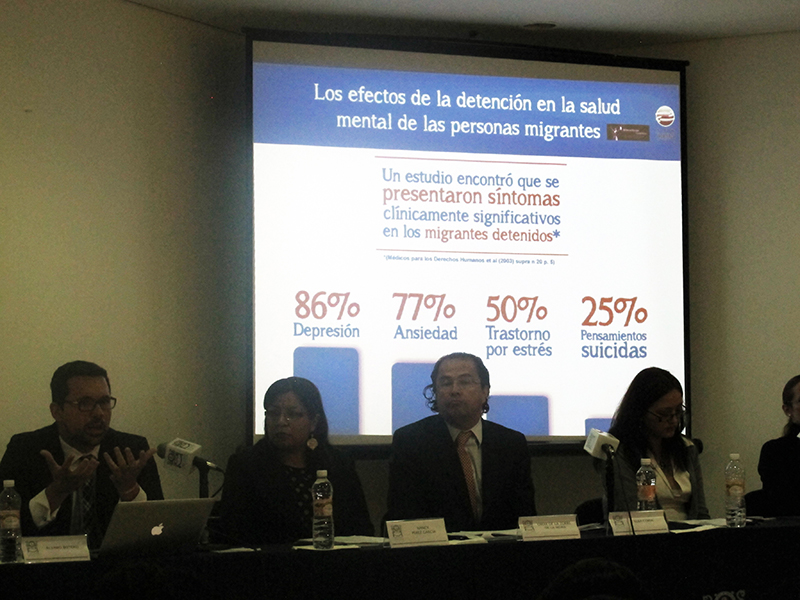 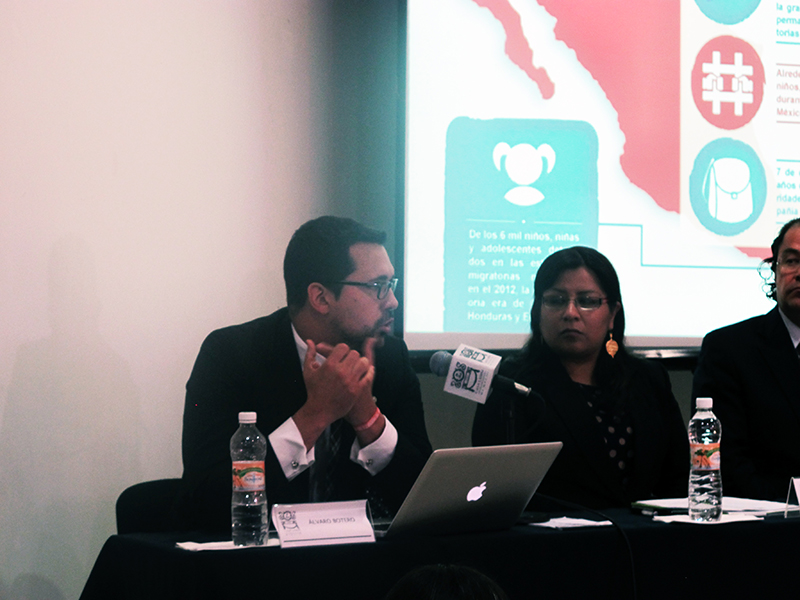 On May 15, 2013, an attorney from the Executive Secretariat participated in a videoconference on "Respect for the Human Rights and Labor Rights of Migrants," along with panelists from the OAS Department of Social Development and Employment and a group of students who participated from Mexico City. The event was part of the Course on Social Security in Globalization, held by the Inter-American Center for Social Security Studies.

Chile: Conference on the Rights of Migrants

The Special Rapporteur on Migrants of the IACHR, the Human Rights Center of the Universidad Diego Portales and Embassy in Chile organized together an international conference entitled "Migration and Human Rights: international standards and practices." It took place on April 10 and 11, 2013 in Santiago, Chile. The meeting brought together lawyers, sociologists, political scientists and members of civil society organizations, and included the participation of a French regional delegation for cooperation with the Southern Cone and Brazil. The purpose of the meeting was to identify and analyze the current scenario of migratory movements in recent times that have seen an increment in Southern Cone countries, and define possible public policies to protect the human rights of migrants. 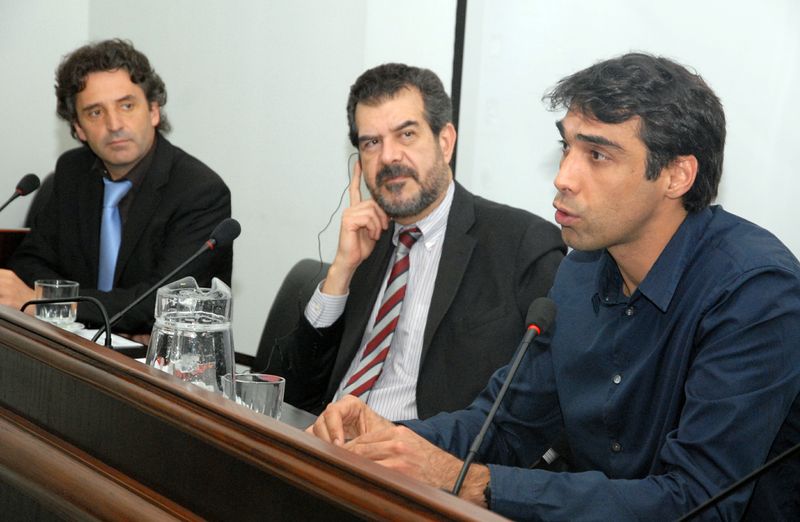 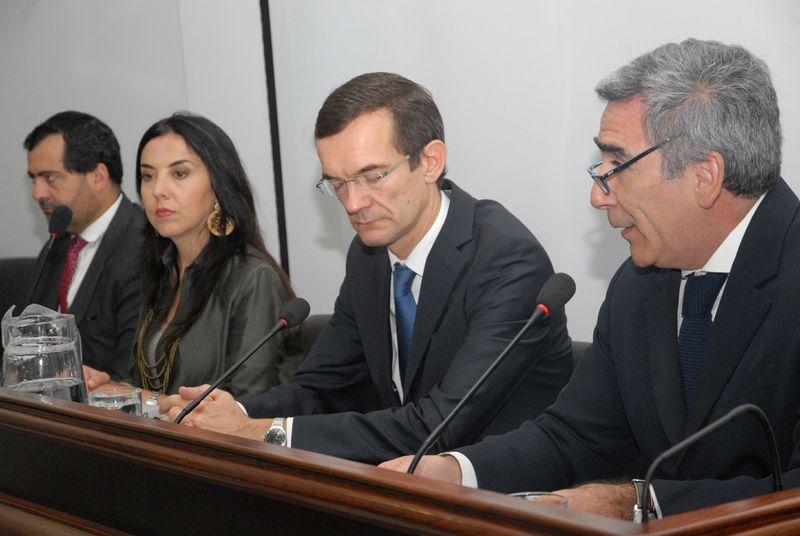 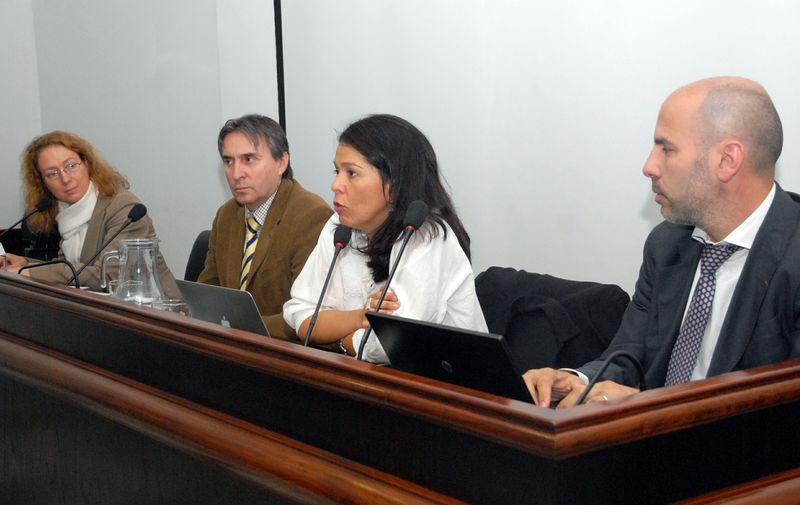 Publication of Report on immigration in the United States: detention and due process

Through a press release, the Inter-American Commission on Human Rights (IACHR) publishes the Report on U.S. Immigration: Detention and Due Process

The Rapporteurship was also represented at the “7th Inter-American Course for Civil Society ,” held at the headquarters of the Inter-American Institute of Human Rights in San José, Costa Rica, on November 15 to 19, 2010. The course focused on the rights of women, indigenous peoples, and migrants in borderlands. The participation of the Rapporteurship included the presentation of an overview of the situation of migrants in Latin America and the Caribbean and of the protection mechanisms offered by the inter-American human rights system.