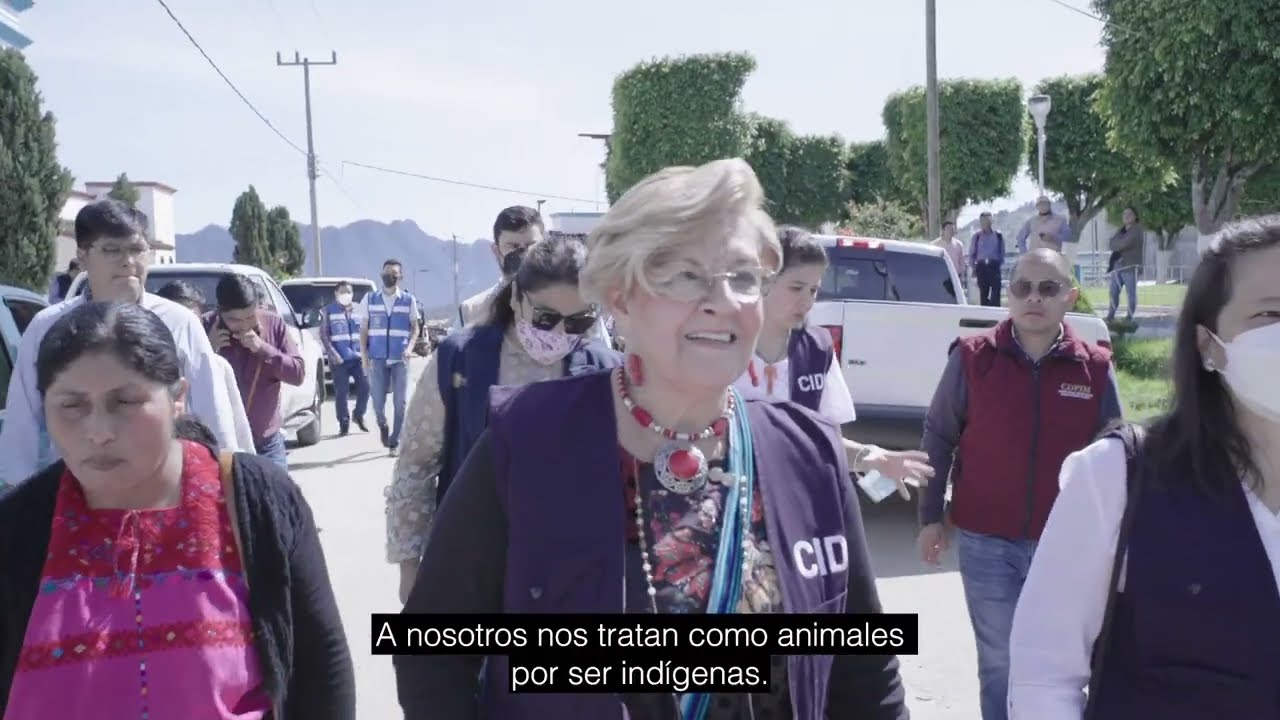 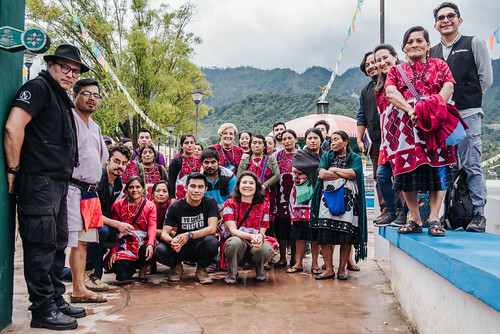 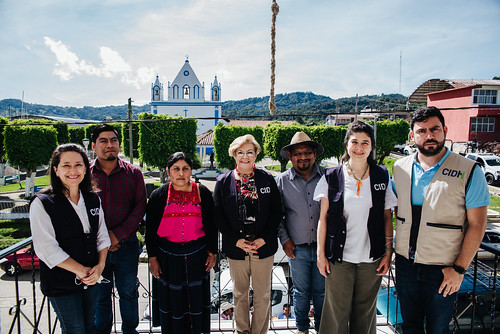 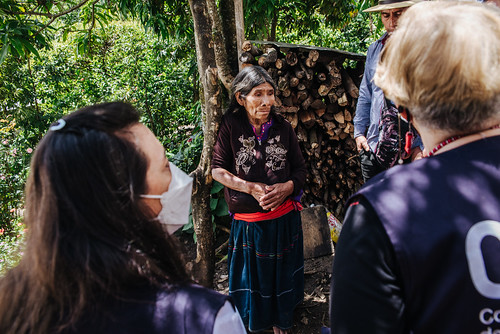 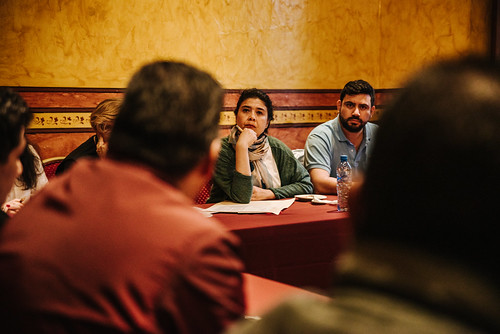 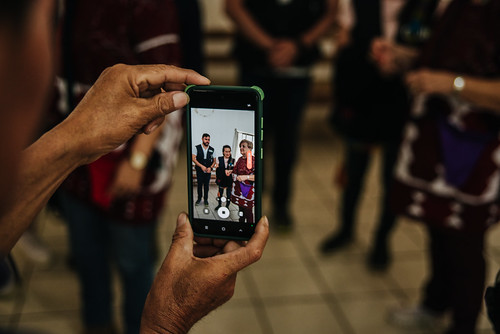 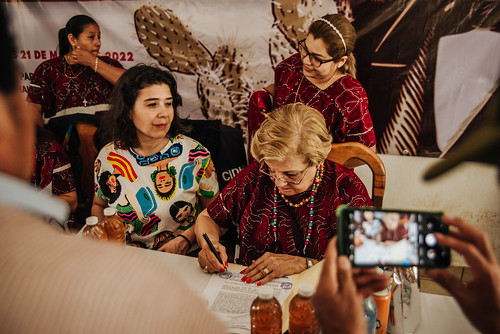 photo gallery of the visit

Washington, D.C. — The Inter-American Commission on Human Rights (IACHR) conducted a working visit to Mexico from July 11 to 15, 2022, to supervise the implementation of the precautionary measures granted in 2017 and 2018 in favor of Tsotsil indigenous families from 22 communities in the municipalities of Chalchihuitan, Chenalhó, and Aldama, in the state of Chiapas, Mexico, in response to acts of violence. The IACHR delegation was led by Commissioner Esmeralda Arosemena de Troitiño, Rapporteur for Mexico and the Rights of Indigenous Peoples, and also included Tania Reneaum Panszi, the Executive Secretary of the IACHR; and technical staff.

On the first day of the visit, the Undersecretary of Human Rights, Population, and Migration of the Ministry of the Interior, Alejandro Encinas Rodríguez, the Secretary General of the Government of Chiapas, Victoria Cecilia Flores Pérez, and other high-ranking authorities welcomed the IACHR delegation and provided important preliminary information about the progress on the implementation of the precautionary measures.

The IACHR traveled to the state of Chiapas and the municipality of Aldama with federal and state authorities and the Fray Bartolomé de las Casas Human Rights Center. During the meeting that was held, the constitutional president and the president by custom and tradition expressed their willingness to work together and engage in dialogue to resolve the conflict. The delegation also visited the communities of Tabac and Coco, where it verified that reconstruction work had resumed on the road and bridge over the river that separates the municipalities of Aldama and Chenalhó, and that progress had been made on the construction of houses. At the same time, remaining traces of violence were observed in the area that affect the community's security and way of life and cause the forced displacement of its members.

Later, in San Pedro Cotzilman, the IACHR heard testimonies from the beneficiaries, who are victims of violence, regarding injuries, deaths, forced displacement, and the situation of women, children, and adolescents. In San Cristóbal de las Casas, the delegation met with local government authorities and the presidents and chiefs of police of Aldama and Chenalhó municipalities, from whom they received information on the actions taken to eradicate the causes of the territorial dispute. The State and the population stated that no acts of violence had been reported in the previous three months, although those present expressed fear and uncertainty that the attacks would resume.

In Chalchihuitan municipality, the delegation met with beneficiaries of the Chalchihuite group and observed the progress being made on the construction of housing and the process of handing this over to the population. It also met members of the Canalumtik, Chenmut, and Pom communities, who showed the effects of the violence and reported that they frequently hear gunfire in nearby territories, which is intended to intimidate them.

Later, in the municipal capital of Chalchihuitan, the IACHR received testimonies from several victims regarding their constant fear and anxiety due to their lack of security, the ongoing harassment they experience, and the impact this has on their life projects.

In Tuxtla Gutiérrez, the IACHR delegation was welcomed by the Constitutional Governor of the State of Chiapas, Rutilio Escandón Cadenas and later held a meeting headed by the Secretary General of the Government and with the presence of high-level municipal authorities to be informed on the state's comprehensive, ongoing response to the conflict through measures that focus on farming, social programs, security, and intelligence. It also received information on the progress made on the investigations being carried out by the State Prosecutor's Office and the actions being taken by security forces to support the communities in question. It was also informed about the process of providing compensation to the victims and relatives of the deceased and the care being provided to beneficiaries who had sustained spinal injuries. It also received information about the housing projects that are being implemented with the support and participatory technical supervision of the beneficiary communities, and the difficulties in going ahead with this work due to the harassment they are experiencing in the territory. They agreed that violence in the communities had decreased, but highlighted the challenges of keeping up the progress that has been achieved on security.

On the last day, the IACHR met with the Executive Secretary of the National Human Rights Commission (CNDH), Francisco Javier Estrada Correa, to exchange information on the current situation in Aldama, Chenalhó, and Chalchihuitan. Finally, a closing event was held with the participation of various federal and state authorities.

"This visit allowed us to verify the existence of positive collaboration and cooperation toward settling conflicts in the territory. We also witnessed the humanitarian assistance and peacekeeping work being carried out by civil society and the church. However, we were concerned to receive testimonies alleging that the population lives in fear of ongoing violence and to learn how this impacts the lives of women and children. The State is obliged to make every effort to put an end to the violence, make reparations to the victims, and rebuild the social fabric of a society that is demanding peace," said Commissioner Esmeralda Arosemena de Troitiño, Rapporteur for Mexico.

"This visit highlights the role that the precautionary measures mechanism has to play in the protection of rights and the possibilities open to States—in this case, Mexico—for protecting indigenous peoples. We witnessed a remarkable coordination of efforts by the three levels of government. Without this, progress would not be viable due to the complexity of the problem," said Tania Reneaum Panszi, Executive Secretary of the IACHR. Finally, a closing event was held with the participation of various federal and state authorities.

The IACHR acknowledged that the Mexican authorities are committed to complying with the precautionary measures, adopting measures to resolve this complex, longstanding and complex problem, and seeking to improve dialogue to regain the communities' trust. At the same time, it is grateful to Mexico for having accepted the visit and for providing facilities, coordination, and security that guaranteed and enabled the IACHR's work overseeing the measures directly in the territory.

The IACHR also wishes to thank the representatives of the beneficiary communities and the Fray Bartolomé de las Casas Human Rights Center for their willingness and support, and the enormous efforts they went to in organizing the visit and bringing the beneficiaries closer to the IACHR.

Within the framework of the precautionary measures, the IACHR will continue to monitor the implementation of the recommendations made for the protection of the beneficiary communities through its various mechanisms, as part of the process of exercising its mandate.