IACHR: Increased Violence Against Human Rights Defenders during the First Four Months of 2022 Makes It More Urgent for States to Protect Their Lives and Work 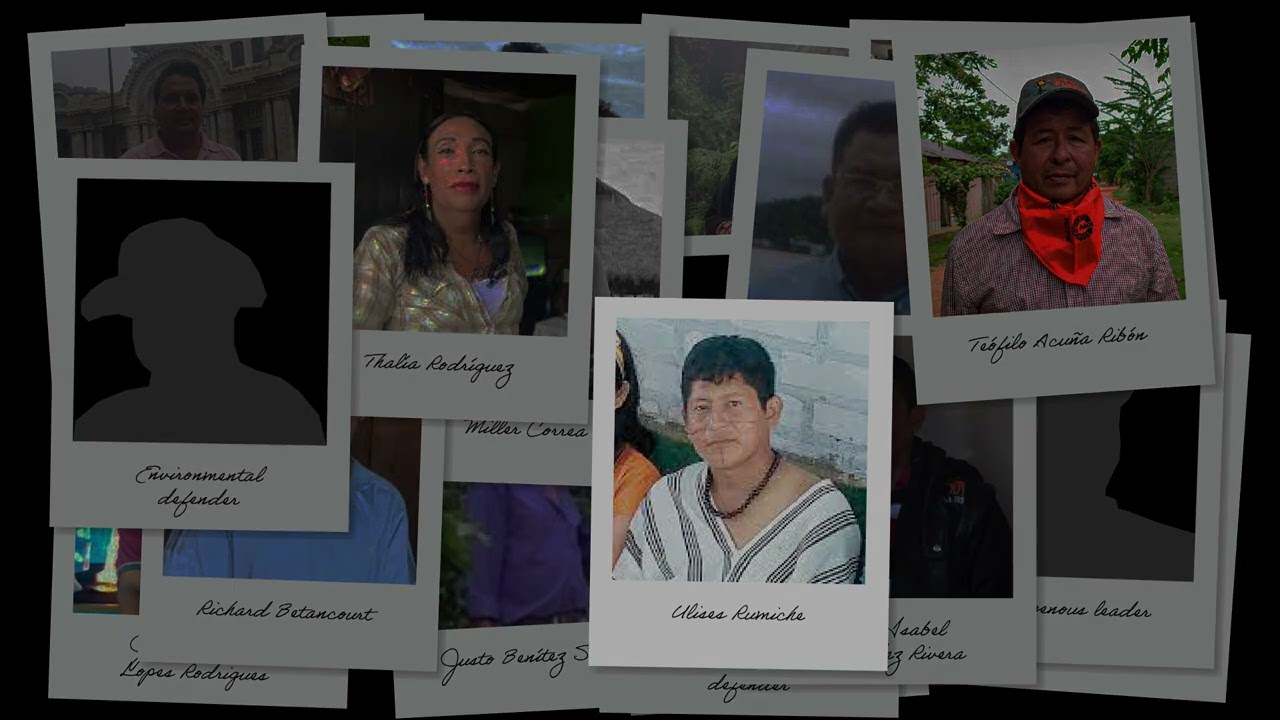 Washington, D.C. – The Inter-American Commission on Human Rights (IACHR) is concerned about violence, intimidation, and criminalization targeting human rights defenders in the Americas during the first four months of 2022. The Commission asks States to foster an atmosphere where it is safe to advocate for human rights.

At least five defenders were reportedly murdered in Brazil over this period. On February 17, the bodies of Ilma Rodrigues dos Santos, of the League of Poor Peasants (LCP, by its Portuguese acronym), and her husband Edson Lima Rodrigues were found in the municipality of Porto Velho, in the state of Rondônia. On February 10, 9-year-old Jonatas de Oliveira dos Santos was murdered in the municipality of Barreiros, in the state of Pernambuco, allegedly in retaliation against his father, community leader Geovane da Silva Santos, who was injured in the attack. On January 16, LGBTI activist Gabriel de Souza Araujo, a member of the Landless Workers Movement (MST, by its Portuguese acronym), was murdered in the municipality of Nova Venécia, in the state of Espírito Santo. The IACHR had previously condemned the murders of environmental defender José Gomes, his wife Marcia, and their underage daughter Joene in the São Félix do Xingu area in the state of Pará, as well as that of land rights defender José Francisco Lopes Rodrigues in the Cedro community in Arari, in the state of Maranhão.

In Honduras, six murders of defenders were documented over the period January–March 2022. The Commission condemned the murder of Garifuna leader Alonso Salgado on May 1, before the home of fellow leader Zury Quintanilla, who was also injured in this attack in the Tela municipality in Atlántida, as well as the murder of environmental defender Justo Benítez Sánchez on April 30 in the municipality of San Francisco de Ojuera, in the department of Santa Bárbara. The OHCHR recorded four additional murders. In March, land rights defender Francisco Ruiz died in an attack in the La Brea hamlet in the municipality of Trujillo, in the department of Colón. In January, Tolupan indigenous activist and land rights defender Melvin Geovanny Mejía was found dead in the municipality of Morazán, in the Yoro department. The Commission also condemned the murders of indigenous leader and community journalist Pablo Isabel Hernández Rivera and Thalía Rodríguez, a trans woman who was a human rights defender.

In Mexico, the Commission was informed of the murders of human rights defender Luis Ortiz Donato, the leader of the Marquelia Citizen Council and a defender of Afro-Mexican persons, on April 28 in the state of Guerrero; indigenous peoples' rights defender Néstor Iván Merino Flores, a leader of the Assembly of Indigenous Peoples of Oaxaca, on March 20 in the state of Oaxaca; and environmental defender José Trinidad Baldenegro, on March 7 in the municipality of Guadalupe y Calvo, in the state of Chihuahua. The Mexican State informed the Commission that the authorities of competent jurisdiction would need to establish whether these murders were linked to the victims' defense of human rights.

In Peru, the Commission was informed of the murders of at least two rights defenders. The IACHR was told of the murder of Nomatsigenga leader Ulises Rumiche on April 19, on the road between San Martín de Pangoa and Sonomoro, and of environmental defender Juan Julio Fernández Hanco on March 21 in the Inambari area, in the province of Tambopata.

The IACHR notes with concern defender homicides perpetrated in other countries, including El Salvador and Guatemala. On February 6, Álvaro Marcos Román, a member of the Peasant Development Committee (CODECA, by its Spanish acronym), was murdered in the municipality of Santa María Xalapán, Jalapa, Guatemala. Women's rights defender Elizabeth De León, who actively supported women who were facing gender-based violence, was murdered in El Salvador on March 22.

The Commission is particularly concerned about the fact that most of these murders involve rights defenders who worked in defense of land, territory, or the environment or who were members of indigenous communities.

The IACHR urges States to conduct comprehensive, serious, and impartial investigations that start off with the hypothesis that the violence may have been linked to victims' efforts in defense of human rights. Similarly, the State must seek to adopt differentiated gender and ethnic–racial approaches when investigating, trying, and punishing these crimes and when providing reparations for the families of all victims, as well as providing guarantees of non-recurrence.

The Commission was informed about the alleged criminalization of Kenia Inés Hernández Montalván, who is allegedly being prosecuted in at least five criminal cases in Mexico, according to information provided by the State. Hernández Montalván is an indigenous rights defender, the coordinator of the group Colectivo Libertario Zapata Vive, and a member of the National Movement for the Release of Political Prisoners.

Criminalizing defenders encourages collective stigma and sends off an intimidating message. Launching unwarranted criminal investigations and other judicial complaints against defenders will scare them and may also lead them to end their efforts in defense of human rights. Among women who engage in these efforts in particular, criminalization discourages their activities, as well as increasing and worsening pre-existing social inequalities.

The Commission notes the release of eight water rights defenders from the Guapinol community in Honduras who had been in pretrial detention since 2019, following a decision made by the country's Supreme Court of Justice. Indigenous Maya Q'eqchi' leader and land rights defender Bernardo Caal Xol was also released after spending four years in prison, following a conviction for crimes linked to the defense of Maya Q'eqchi communities and to having denounced the launch of two hydroelectric plants in the department of Alta Verapaz, in northern Guatemala.

Human rights defenders play a crucial role to strengthen and consolidate democracies. The work of environmental defenders is also essential to ensure a balance between environmental protection and the sustainable development of countries in the Americas.

The IACHR stresses that States have the obligation to comprehensively defend the right to defend rights. Building an atmosphere where the right to defend human rights can be exercised requires clear State determination. It is therefore essential and urgent for States to take positive measures to promote a rights-based culture and an atmosphere that is free from violence and threats, to acknowledge the value and the importance of the work done by human rights defenders, and to seriously and effectively investigate any human rights violations against those defenders.