IACHR: eight years after the forced disappearance of the 43 students from Ayotzinapa, the independence and integrity of the investigation to establish what happened to them must be preserved 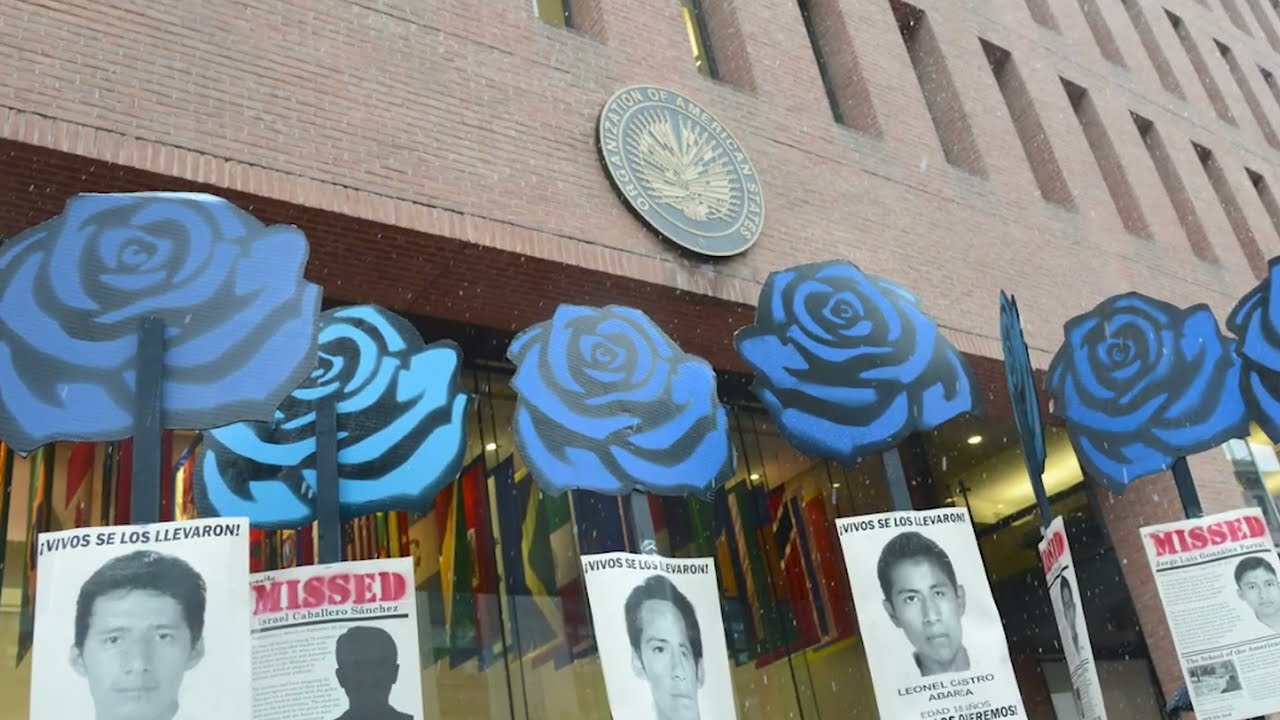 Washington, D.C. – Eight years after the forced disappearance of 43 students from the Ayotzinapa teacher-training college and other serious human rights violations, the Inter-American Commission on Human Rights (IACHR) stresses its commitment to the victims and to their families' efforts to find out their whereabouts and to attain truth and justice. Given the failure to establish what happened and given the need to build on the progress that has been made so far, the Mexican State must ensure the independence of the Special Investigation and Litigation Unit for the Ayotzinapa Case, the institution in charge of this investigation.

In this context, the Commission has noted the importance of creating institutions that specialize in the Ayotzinapa case to ensure progress in the investigation, the search, and the provision of assistance to victims. On the one hand, the Presidential Commission for Access to Truth and Justice in the Ayotzinapa Case was created to coordinate the efforts of institutions led by the executive and other branches of the federal government, in cooperation with the families and their legal representatives. On the other hand, the federal Office of the Attorney General created the Special Investigation and Litigation Unit for the Ayotzinapa Case, as the institution in charge of this investigation through focused actions specialized in monitoring inquiries and criminal cases linked to these events.

The Commission is aware of the State's unprecedented efforts to keep up the search for these students in several municipalities in the state of Guerrero and to promote their families' right to be involved in that search. The IACHR values these efforts. However, eight years after the forced disappearance of these 43 students from the Ayotzinapa teacher-training college, their whereabouts remain unknown.

There has been progress in identifying and charging alleged perpetrators, issuing and enforcing arrest warrants, and launching judicial proceedings, as well as in efforts to establish irregularities in this investigation and moves to plant evidence to obstruct justice. These allegations relate to crimes that involve serious human rights violations including forced disappearance and torture. The suspects include local, state, and federal law enforcement officers, members of the armed forces, and officials in political, ministerial, and public prosecutor positions.

The inter-American system has stressed that it is important for investigations, and more broadly for all activities linked to the prosecution of crime perpetrators, to be independent and impartial, as a way to ensure access to justice for all crime victims. The Commission has drawn attention to the impact of changing judicial officers during an ongoing criminal investigation on the effectiveness of that investigation, including moves to press criminal charges. The failure to ensure effective coordination and cooperation can become a major hurdle for criminal investigations and for the successful development of criminal cases. This is why States have an obligation to ensure effective cooperation channels among public prosecutors, judicial officers, the police, and other relevant authorities.

The IACHR calls on the Mexican State to ensure the independence and operations of the Special Investigation and Litigation Unit for the Ayotzinapa Case, as well as to prevent all interference that could affect its role and hamper the integrity of this investigation.

Victims' representatives have noted that their contact with the State has undergone changes and that it has sometimes been cut off when families intensified their demands for prompt resolution of the case. Victims' representatives have also expressed their disagreement with the release of information and documents that could be relevant evidence in this investigation without first providing them to the Interdisciplinary Group of Independent Experts (GIEI). In this regard, the State indicated that the preliminary report was presented to the parents, their representatives, GIEI and the Special Investigation and Litigation Unit for the Ayotzinapa Case UEILCA on August 18, 2022, at a meeting with Ayotzinapa Truth Commission (COVAJ), and subsequently, the public version of the report with its annexes was made public.

The Commission notes that the institutions created to ensure progress in the Ayotzinapa case need to focus on actions and measures that give victims pride of place. It is important to restore periodic meetings between the Presidential Commission for Access to Truth and Justice in the Ayotzinapa Case and the affected families and to improve channels to share with the Special Investigation and Litigation Unit for the Ayotzinapa Case and the Interdisciplinary Group of Independent Experts concerning all information that could be used as evidence in this investigation before it is presented or mentioned in public.

Eight years after these horrible events, the IACHR stresses its commitment and solidarity with the victims and their families and will continue to stand by them in their fight for truth and justice. The IACHR will continue to make all necessary institutional efforts compatible with its mandate to monitor progress in this investigation and compliance with precautionary measure 409/14, until the whereabouts of these 43 students are established and until the truth of what happened to them has emerged.