IACHR Calls on States to Erradicate Sexual Violence against Women, Girls, and Adolescents 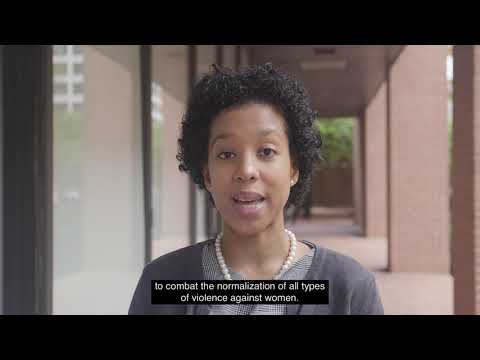 Day for the Elimination of Violence against Women

Washington, DC—On the International Day for the Elimination of Violence against Women, the Inter-American Commission on Human Rights (IACHR) warned of the increase in rates of violence against women, girls, and adolescents in the Americas. It called on States to address the structural causes of gender-based discrimination, adopt measures to promote sociocultural change in societies, and redouble efforts to remedy, prevent, and eradicate sexual violence against women, girls, and adolescents with a differential approach to gender and age.

The IACHR noted with concern that sexual violence against women, girls, and adolescents continues to be present throughout the Americas and has worsened since the start of the COVID-19 pandemic. According to data from the World Health Organization (WHO), 1 in 3 women in the world suffer sexual and/or physical violence. In Latin America and the Caribbean, records show that some 1.1 million adolescents between 15 and 19 years of age experienced sexual violence or a forced sexual act during childhood, and 80% of sexual assaults are experienced by girls and adolescents between the ages of 10 and 14.

Against this backdrop of violence and discrimination, the IACHR noted that discriminatory norms persist in the region favor impunity, tolerance, and the repetition of sexual violence, including stereotypical definitions of sexual crimes and norms that restrict access to justice for girls and adolescents who are victims of rape, including procedural restrictions that limit their ability to press legal charges. It also notes the disproportionate impact that sexual violence has on girls and adolescents, especially when it results in pregnancy, affecting their life projects and perpetuating patterns of poverty, inequality, and exclusion. Specifically, it noted that complications during pregnancy and childbirth are the second leading cause of death among girls and adolescent girls worldwide.

The IACHR regrets the persistence of legal and de facto restrictions that prevent survivors of sexual violence from accessing emergency oral contraception and voluntary terminating pregnancies, and it rejects the adoption of regressive measures that intensify these limitations. The IACHR is particularly concerned by measures that seek to prohibit the inclusion of comprehensive sex education that includes a gender perspective in the educational curricula of children and adolescents, measures that seek to restrict access to abortion outright and those that hinder the prevention of sexual violence and increase the risk of sexually transmitted diseases, unwanted pregnancies, and unsafe abortions.

The IACHR called on the States in the region to adopt measures to modify the structural conditions, social norms, and cultural patterns that legitimize and reproduce violence against women, particularly sexual violence. In particular, it urged them to refrain from adopting measures that hamper prevention and access to comprehensive assistance and care for the consequences of sexual violence, including the voluntary interruption of pregnancy. It also called for States to harmonize their legal frameworks with inter-American standards to combat gender-based violence and discrimination and to ensure special, enhanced protections against sexual violence for girls and adolescents.