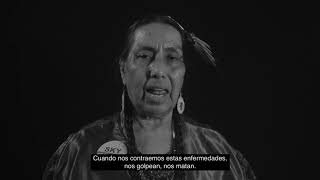 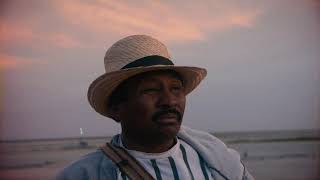 Washington, D.C. — On World Indigenous Peoples' Day, the Inter-American Commission on Human Rights (IACHR) and the Office of the Special Rapporteur on Economic, Social, Cultural, and Economic Rights (OSRESCER) urged States to step up their efforts to recognize the rights of indigenous peoples, including by protecting their territories, in acknowledgment of the essential role of indigenous peoples in the protection of nature, biodiversity, and forests. The IACHR and OSRESCER also urged States to provide differentiated care for indigenous peoples during the COVID-19 pandemic and to guarantee they have effective access to vaccines.

The IACHR noted that throughout history, indigenous peoples in the Americas have been victims of discrimination, racism, dispossession, extermination, physical and cultural genocide, and other human rights violations. However, the IACHR and OSRESCER also observed that despite the challenges indigenous peoples have faced, they are a source of hope for humanity, as they are the best protectors of nature and forests due to their age-old knowledge of and special relationship with their ancestral territories, including those located within the Pan-Amazon Region.

The IACHR analyzed the situation of the latter's rights in the report entitled Indigenous and Tribal Peoples of the Pan-Amazon Region, in which it called on States to support environmental conservation projects and initiatives within these territories that are indigenous initiatives, taking into account and drawing on the ancestral knowledge of indigenous and tribal peoples.

Likewise, the IACHR noted that organizations such as the United Nations Food and Agriculture Organization (FAO) have acknowledged that indigenous and tribal peoples and the forests located in their ancestral territories play a vital role in global and regional climate action and the fight against poverty, hunger, and malnutrition in the Americas.

However, the IACHR and the OSRESCER emphasized that the impacts caused by climate change are a reality in the Americas and are having a disproportionate effect on indigenous peoples by impacting both ecosystem life cycles and other factors that allow them to live a life of dignity. They also highlighted that the climate crisis promotes the forced displacement of communities and the loss of ancestral lands and territories, and poses a serious risk to the very survival of indigenous peoples, especially those in voluntary isolation and initial contact.

Specifically, the IACHR and the OSRESCER noted that although indigenous peoples do not make a significant contribution to greenhouse gas emissions (the main cause of the climate crisis), they are in a particularly vulnerable situation given that their territories are located in areas with a disproportionate number of extractive or infrastructure projects.

As a consequence, the IACHR and the OSRESCER called on States to consider and address the implications of environmental impacts on the physical and cultural survival of indigenous peoples; their ability to live in harmony with nature; the full enjoyment of their rights to their lands, territories, and natural resources; and the right to live in a healthy, safe, and sustainable environment. These challenges should be addressed by States by measures that include the regulation and monitoring of business activities that affect indigenous peoples' territories, in the light of inter-American standards on indigenous peoples' rights. Specifically, they should take into consideration the standards relating to consultation and free, prior, and informed consent, as well as those relating to business and human rights, and indigenous peoples' rights.

Likewise, the IACHR also noted that the unique relationship between indigenous peoples and their territories and their right to self-determination have been widely recognized in international human rights law. Consequently, it urged States to comply with the specific obligations to recognize, respect, protect, and guarantee indigenous peoples' rights to their ancestral territories as part of the exercise of the right to self-determination.

Furthermore, the IACHR and the OSRESCER emphasized that protecting indigenous peoples' territories is closely related to the fundamental principles of the 2030 Agenda for Sustainable Development, namely "leaving no one behind and guaranteeing human rights for all." This also informs the priorities of inter-American society, as is reflected in the current celebrations to mark the OAS Inter-American Week for Indigenous Peoples. Specifically, Goal 15 of the 2030 Agenda calls on States to take urgent measures to halt the loss of natural habitats and biodiversity that are part of our shared heritage.

With regard to the COVID-19 pandemic, the IACHR once again noted that indigenous peoples are particularly vulnerable to COVID-19 and called on States to take specific, culturally appropriate measures that respect their territories, in accordance with Resolution 1/2020. To guarantee universal access to vaccines for all people within their jurisdictions, without discrimination of any sort and under conditions of equality, the IACHR once again noted that States must ensure that there are no limitations that might particularly affect more vulnerable sectors of the population or those that have been discriminated against historically, such as indigenous peoples. In this regard, States should carry out outreach and vaccine distribution campaigns in indigenous peoples' territories. They should do so in coordination with and with the involvement of the indigenous peoples in question through their representative bodies and traditional authorities and leaders, to ensure the effectiveness and cultural appropriateness of the measures in question, as well as respect for their territories and self-determination.

Finally, the IACHR once again noted that States must adopt measures to prevent, investigate, and punish acts of aggression, harassment, and violence against members and leaders of indigenous peoples who work to defend their peoples' territories and other rights.

The OSRESCER is an office of the IACHR that was specifically created to support the IACHR in fulfilling its mandate to promote and protect economic, social, cultural, and environmental rights in the Americas.