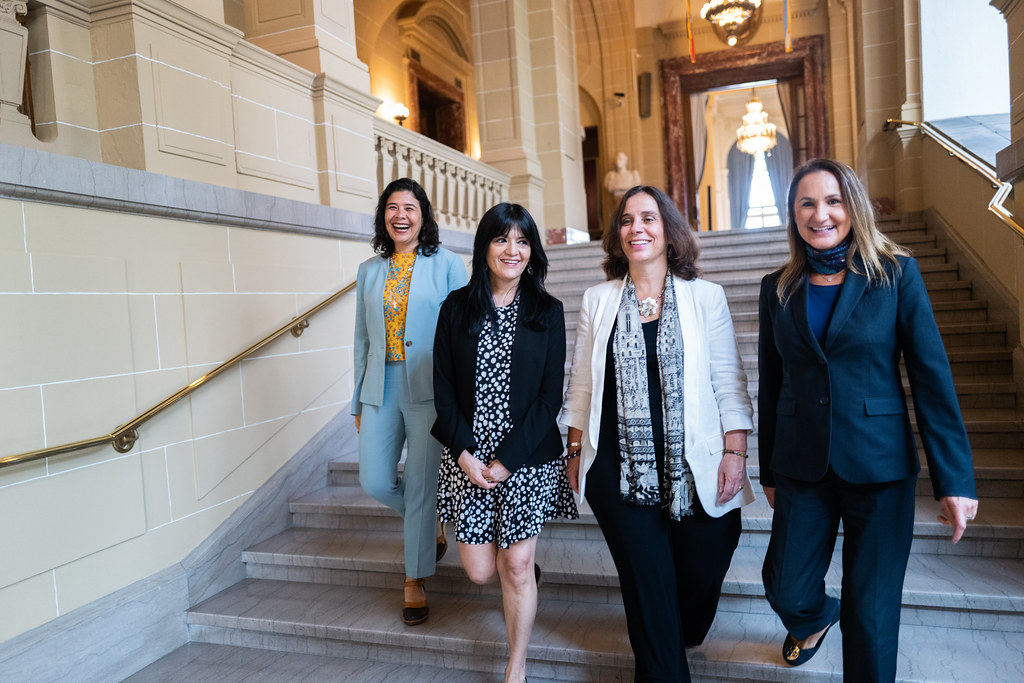 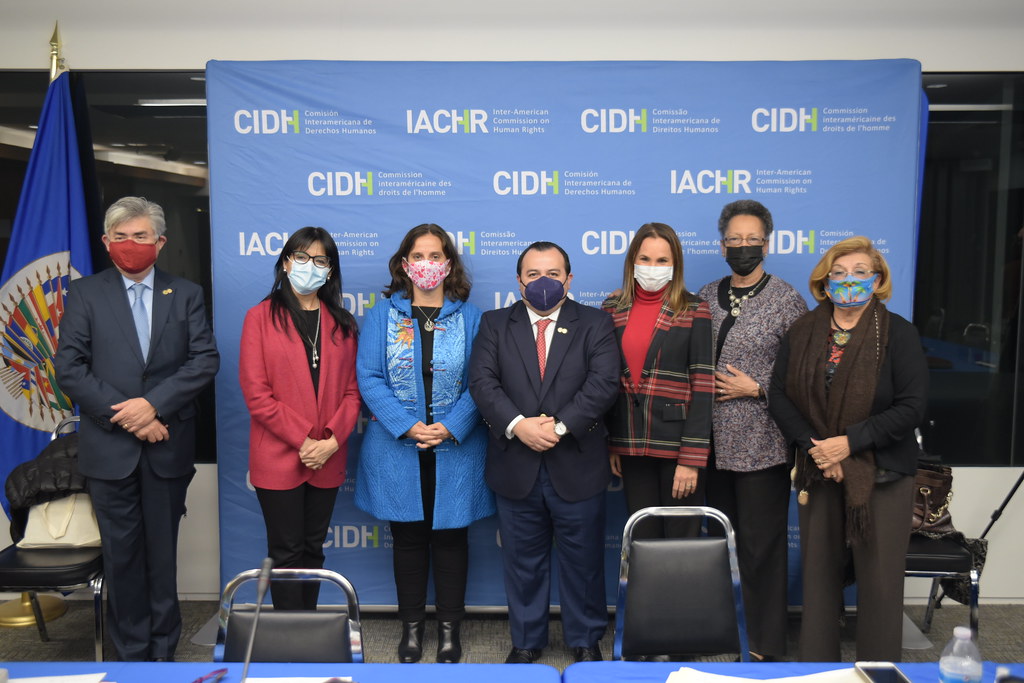 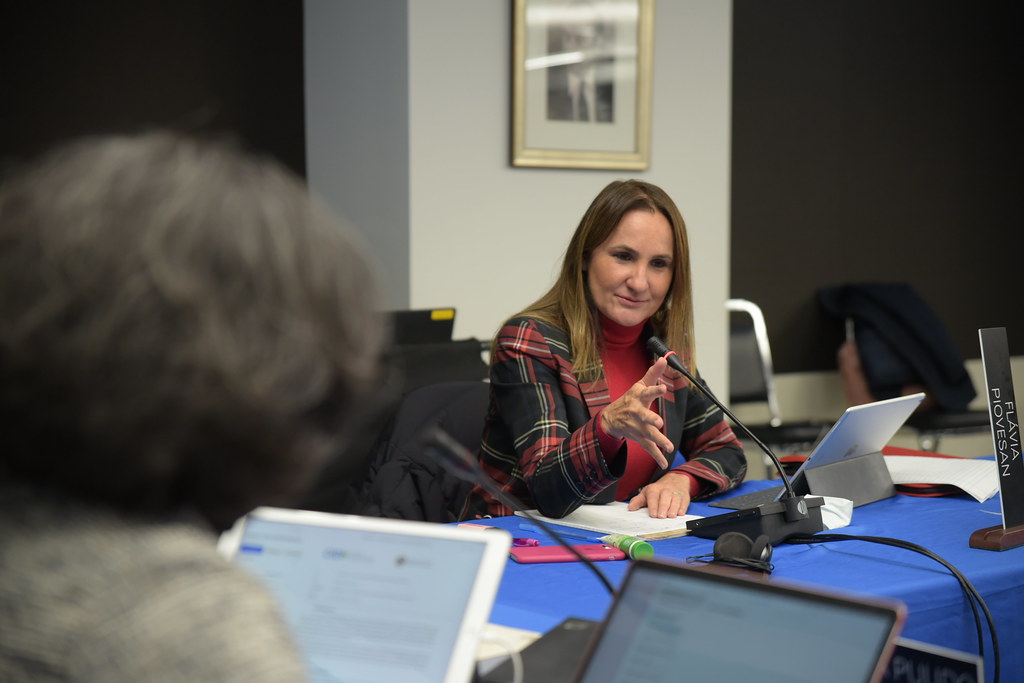 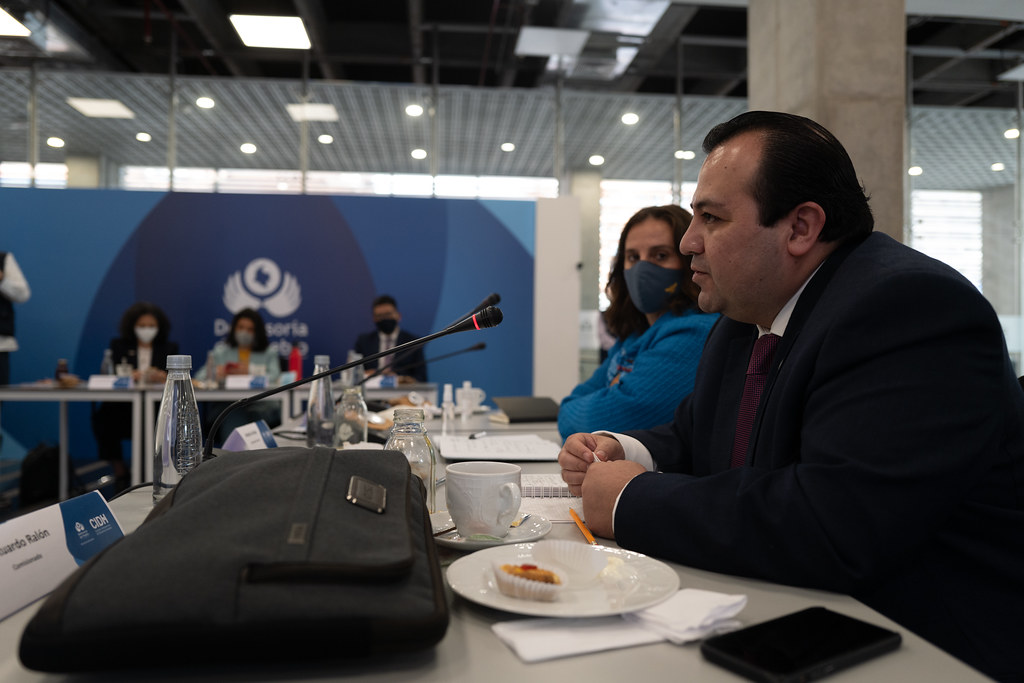 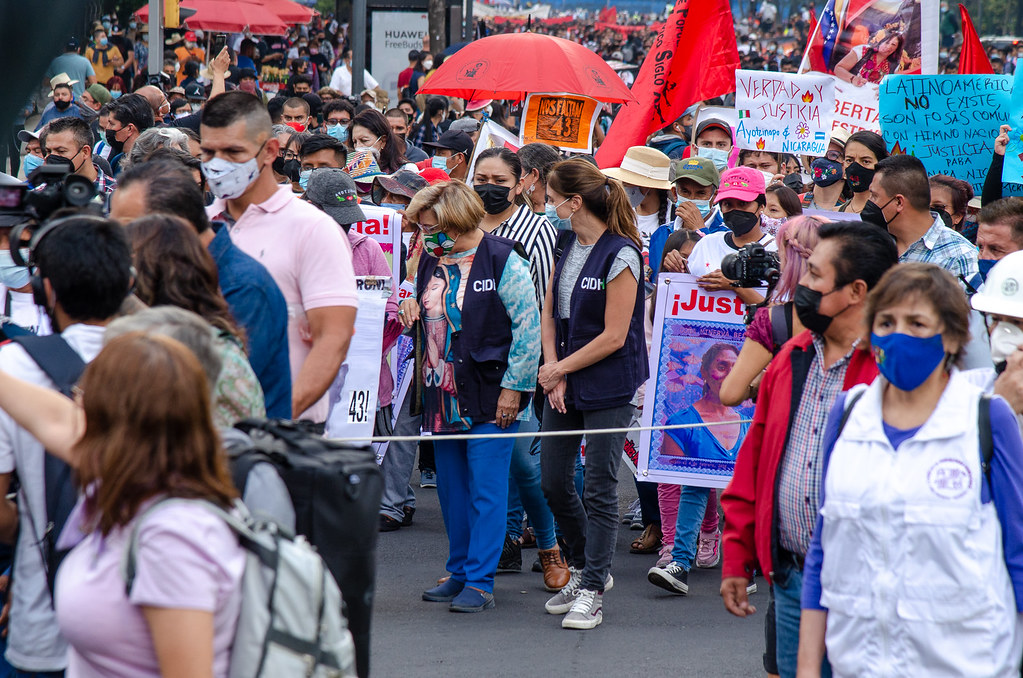 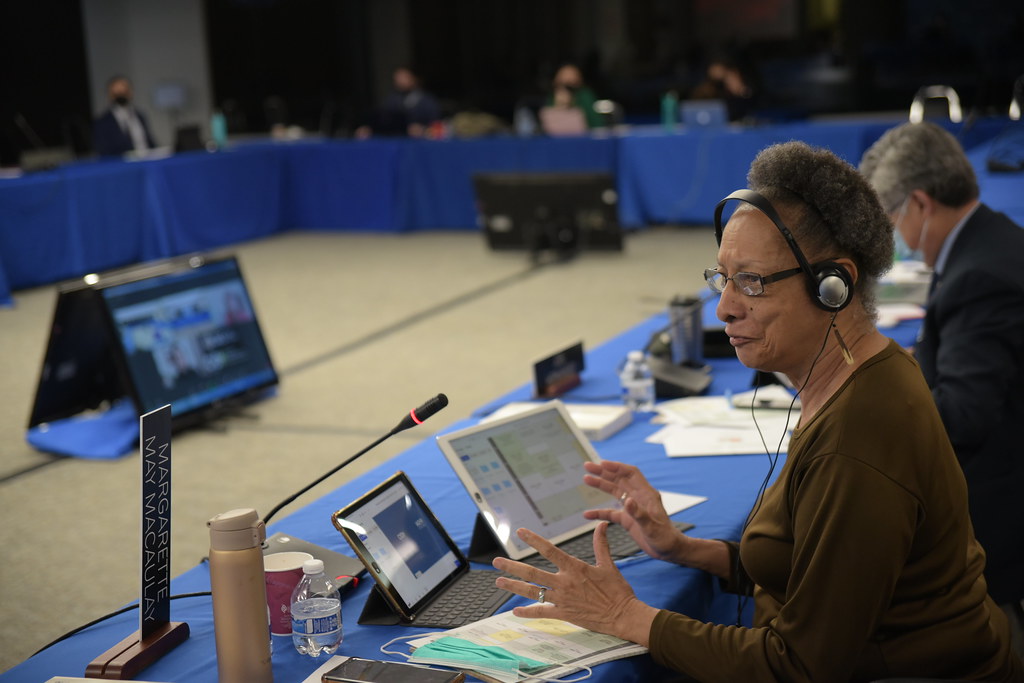 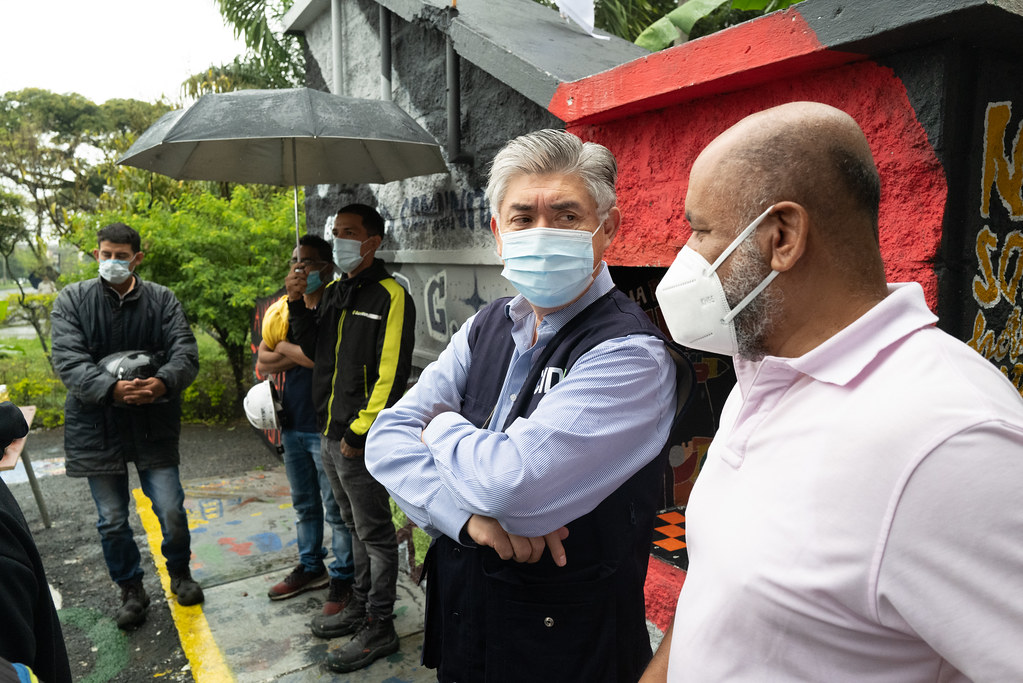 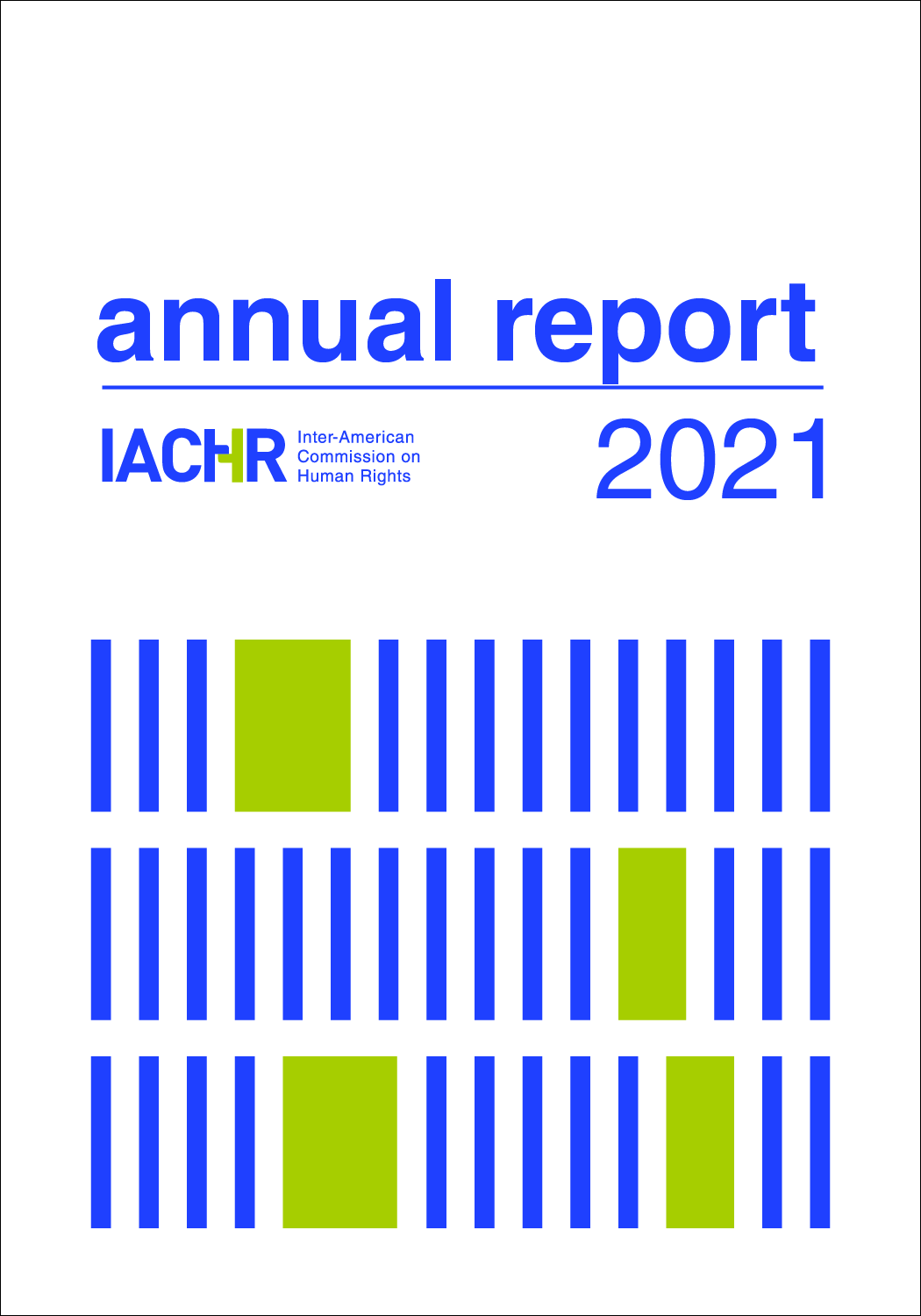 Washington, D.C. – The Inter-American Commission on Human Rights (IACHR) released its 2021 Annual Report, a reference instrument to foster institutional transparency. The Report addresses the situation of human rights and presents relevant progress made in the Americas, along with pending challenges.

"The Annual Report supports the implementation of inter-American standards that transform people's lives and the activities of public institutions in countries around the region," said IACHR President Julissa Mantilla Falcón.

Each one of the Report's six chapters mentions specific institutional achievements. Chapter I presents the IACHR's activities, while chapter II focuses on the historic progress made to reduce procedural backlog and on efforts to monitor recommendations made in the petition and case system. The Report notes that, in 2021, 345 admissibility reports were approved, 264 cases were declared admissible, and 81 were deemed inadmissible. A total of 21 new friendly settlement agreements were signed, as a result of 36 working meetings and 57 mediation sessions. These outcomes have had a significant impact on protection and on comprehensive access to justice, involving both victims who turned to the IACHR and the application of policies and legislation affecting human rights.

The 75 merits reports approved in 2021 and the 14 final reports published over the course of the year address issues that are crucially important for the Americas. Some focus on access to justice and on the proportionality of punishment for crimes against humanity, on women who are deprived of liberty, on the right to reparations based on corporate responsibility for serious human rights violations, and on the obligation to prevent torture and sexual violence among women who go missing. Others address the right to property of indigenous peoples, the right to maternity leave of women who adopt children, the right to health of older persons, and the obligation to regulate and audit public policies concerning reproductive health and family planning.

Chapter III addresses thematic rapporteurships and country rapporteurships, along with promotion and training activities. Chapter IV shows regional trends reflecting progress and challenges concerning human rights for the 35 Member States of the Organization of American States (OEA). Progress includes the actions of some States to peacefully hold elections in the context of the COVID-19 pandemic, to reduce incarceration rates, to recognize gender identity in ID documents, and to enable same-sex marriage. This chapter highlights the implementation of standards to regulate migration, ensure access to COVID-19 vaccines for individuals in human mobility contexts, implement inclusive policies for individuals with disabilities, and explore the options for the lawful termination of pregnancies.

Concerning worrying trends, the Annual Report notes that there have been rollbacks in some countries in terms of the rule of law and judicial independence. In some cases, national human rights institutions have been weakened and democratic platforms have been shut down through the adoption of laws and initiatives to restrict freedom of association, expression, participation, and peaceful assembly. A worrying militarization of law enforcement tasks is apparent, as is a disproportionate use of force and the criminalization of social protests.

The Report also mentions rollbacks in recognition of the rights of women and LGBTI persons, extreme violence linked to organized crime, persistent disappearances, and multiple forms of violence against women. The document notes that thousands of migrants and refugees had to face restrictive migration policies, as well as risks and safety problems at various borders.

Chapter IV.B mentions the States of Cuba, Nicaragua, Venezuela, and Guatemala, where serious human rights violations and attacks on democratic institutions are rife. The IACHR acknowledges the Guatemalan initiative to adopt a road map, based on dialogue, in order to monitor the Commission's recommendations, as well as the country's willingness to adopt the requirements of the Inter-American Human Rights System.

Chapter V focuses on monitoring the recommendations made by the Inter-American Commission to the States of Honduras and Mexico through country reports, and also on the thematic report on truth, justice, and reparation in Colombia.

The Annual Report's final chapter addresses the institutional structure, distribution, and appropriation of the Commission's financial resources, as well as the projects that were implemented with various donors. Report annexes include documents and resolutions and other work done by the Special Rapporteurship for Freedom of Expression and the Special Rapporteurship on Economic, Social, Cultural, and Environmental Rights.

"The 2021 Annual Report continues to demonstrate the commitment the IACHR has developed over its 60-year history, day by day, to preserve the memory of victims of human rights violations," said IACHR Executive Secretary Tania Reneaum Panszi. "Along this path, we also explicitly recognize civil society organizations and defenders who fight to achieve a fairer and more egalitarian region," she added.

The Inter-American Commission thanks OAS Member States and Observers, civil society organizations, international and regional organizations, and the OAS Secretary General for their work, and also appreciates the efforts of donors whose contributions have been essential to attain these results. The IACHR further thanks the team at its Executive Secretariat and acknowledges the historic increase in its productivity achieved during 2021, particularly since this happened in a context marked by the pandemic and by remote work.

The Commission hopes this regional reference document will help to monitor the situation of human rights faced by people in the Americas and notably foster accountability and institutional transparency.

A principal, autonomous body of the Organization of American States (OAS), the IACHR has a mandate to promote respect for and to defend human rights in the region, based on the Charter of the OAS and the American Convention on Human Rights. The Commission is composed of seven independent members who are elected by the OAS General Assembly and who do not represent their countries of origin or residence.